Just before new year I talked about my next video camera and put some info of my dream equipment. Well, there won’t be anything like that in near future, so I had to make a choice between two candidates. To choose a Panasonic Lumix GH4 or Sony A7s with Atomos Shogun. I did the second one, even if I’m not very pleased with attaching Shogun on A7s on every gun&run shooting I make. But the fullframe, great quality of 4K prores and low light capabilities sold me.

This kinda setup is much much more expensive than Lumix GH4, but I think it will be worth it until something more compact in same quality range will be announced in the industry. Maybe a Canon 5D Mark IV with 4K (hacked RAW).

Even if you throw more than five thousand bucks for all this equipment, which is almost in the range of Sony FS7 with integrated 4K and slow motion, there are bunch of problems you can face. For starters, how to attach big 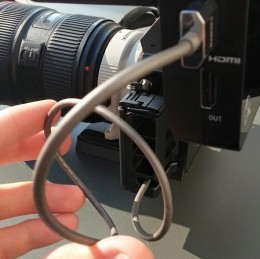 Atomos Shogun screen on Sony A7s body? I tried with small ball heads, but it’s so unpractical and unreliable that I threw it away and bought the Edelkrone Monitor/EVF Holder and it serves me great. Another thing I had problems is with Commlite adapter (three times cheaper than Metabones) removable shoe for attaching plate. It’s impossible to screw it so much that it won’t move. So I had to add another long screw through plate in to Sony A7s hole to keep it fixed. One important thing you’ll need is HDMI v1.4 for using 4K transfer rates. I had big problems finding something short and flexible, so I bought this LINDY CROMO 0.5cm short HDMI cable that does it’s job the best. What I like about this cable is that it can be stored anywhere in backpack, it doesn’t bother while shooting, it’s long enough to tilt the screen in any way and it’s still compatible with A7s cable holder.

Moving on to next expensive parts to make Atomos Shogun running – Solid State Drives. If you intend to shoot 4K, just one 500GB SSD will get you only 1 hour and 24 minutes of footage in highest quality Prores. Even if the Atomos Shogun list of compatible SSD doesn’t include the Samsung 840EVO models, I tried one I already had and it works. The only thing I noticed and it’s probably because of the drive; if you remove the SSD while the Shogun is powered, and plug the SSD back in, the Shogun will freeze and you need to hard reset the device. I’ve got used to power off the device before switching fresh SSD drives (I have two identical firmware updated Samsung 840 EVO 500GB) and it works flawlessly for me.

Batteries are the second biggest problem after storage. They just vanish to fast and having a stack of batteries for each device is a must! I went for Patona batteries and currently I’m good with this decision. I haven’t tested the run time against the original battery, because I hadn’t got a chance yet to do any very long shots. In any way, you’ll run out of battery before even filling up the hour and a half of storage. 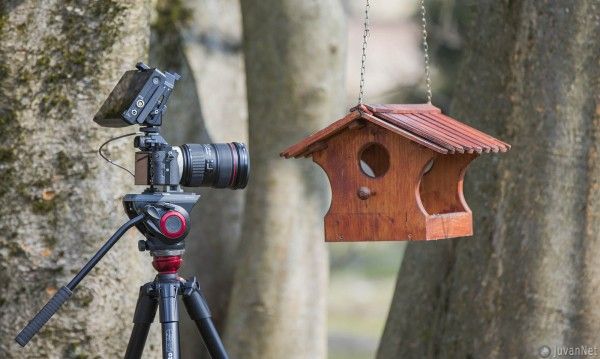 PROS:
– I love fullframe sensor, because I’m used to Canon 5D Mark III image and details, so it’s a must have if I want to continue to shoot in a way I already loved.
– High quality 4K prores (‘nough said)
– Great in low light (I guess up to somewhere about 25000 it’s still great… further it’s something I like to avoid for professional work)
– With special adapter compatible with my Canon L lenses
– APS-C mode with some extra zoom video recording (and reducing rolling shutter)

These are just few on the list I can point out because of my workflow. After receiving new 4K equipment I did test side by side with my old Canon 5D Mark III ML RAW and I was not exactly happy with results. But the test was not carried in professional manner, so I’ll have to repeat it in a different way.

I can’t promise when further review will be made, because it all depends on my free time. But I would love to make something interesting to help any film maker with decision.

One thought on “Sony A7s + Atomos Shogun PROS and CONS”