Even if Canon 5D Mark III is the 2012 model photo camera, it was widely used even for HD video production worldwide. It had a very good ISO capabilities and it’s video codec was great. It was, until there was Magic Lantern and its RAW video recording option. In just few months the Canon 5D Mark III was turbo boosted with cDNG video recording option where data is saved in ACR (Adobe Camera Raw) format with many more sharpness/color details, wide settings for white balance, exposure, highlights recovery and easier color grading. It can even be upscaled to 4K resolution and still look good. With such video camera and cDNG video capabilities no one could say that you don’t have appropriate tools to make professional works. Even in the high end industries. 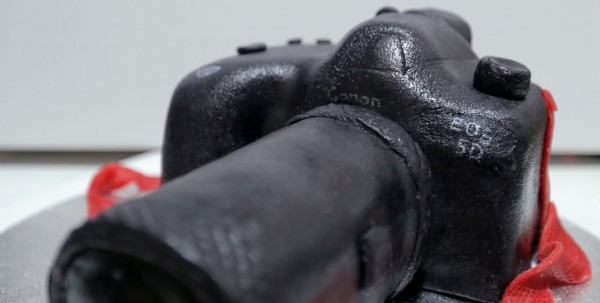 The only thing to do is shoot great video that will be worth using such great tool. These tips can change slightly from case to case, because not everybody have same workflow and needs. But what I do know is, that quality is much better when working with cDNG’s instead of H264 that video camera offers.

PS: Picture above was a cake of 5D Mark III I received from a friend:)